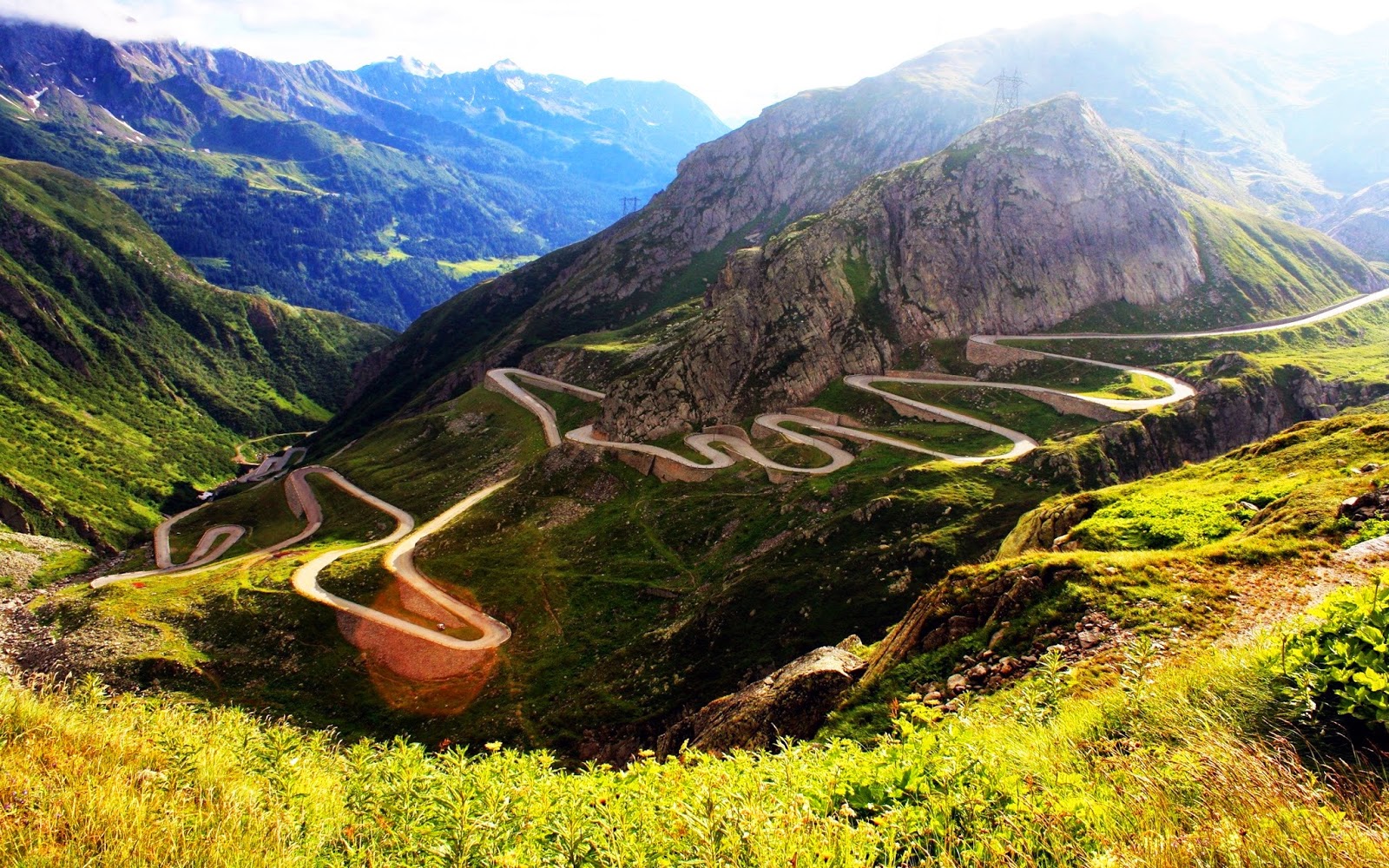 The Transfăgărășan (trans (over, across) + Făgăraș) or DN7C is the second-highest paved road in Romania after Transalpina. The road starts near the village of Bascov, located close to the city of Pitesti, and ends on the crossroad between DN1 and Sibiu. 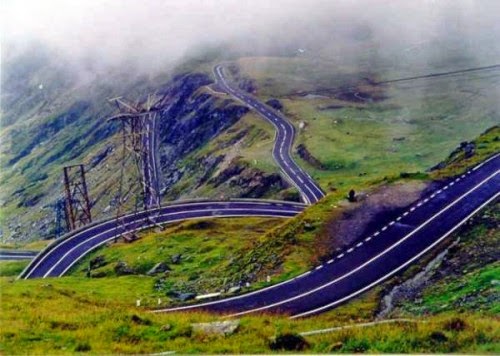 Also known as Ceaușescu's Folly,it was built as a strategic military route that stretches 90 km with twists and turns that run north to south across the tallest sections of the Southern Carpathians, between the highest peaks in the country, Moldoveanu, and the second highest, Negoiu. 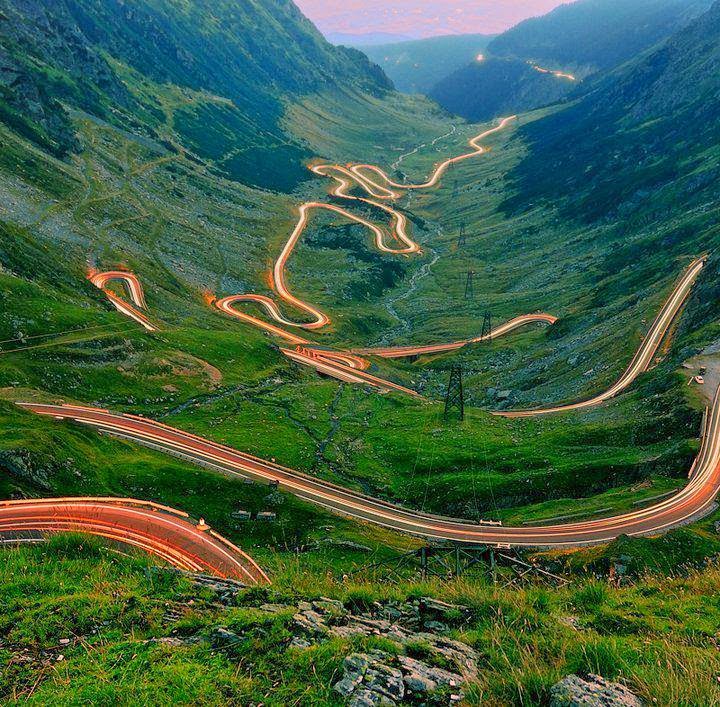 The road connects the historic regions of Transylvania and Wallachia, and the cities of Sibiu and Pitești. 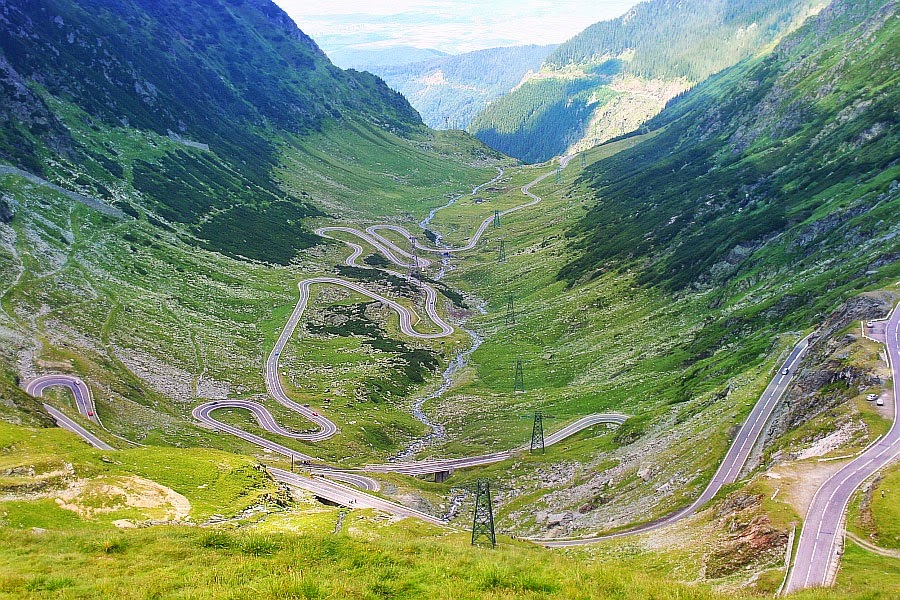 The Transfăgărășan was constructed between 1970 and 1974, during the rule of Nicolae Ceaușescu. It was built as a response to the 1968 invasion of Czechoslovakia by the Soviet Union. Ceaușescu wanted to ensure quick military access across the mountains in case the Soviets attempted a similar move to a previous one during 1921. 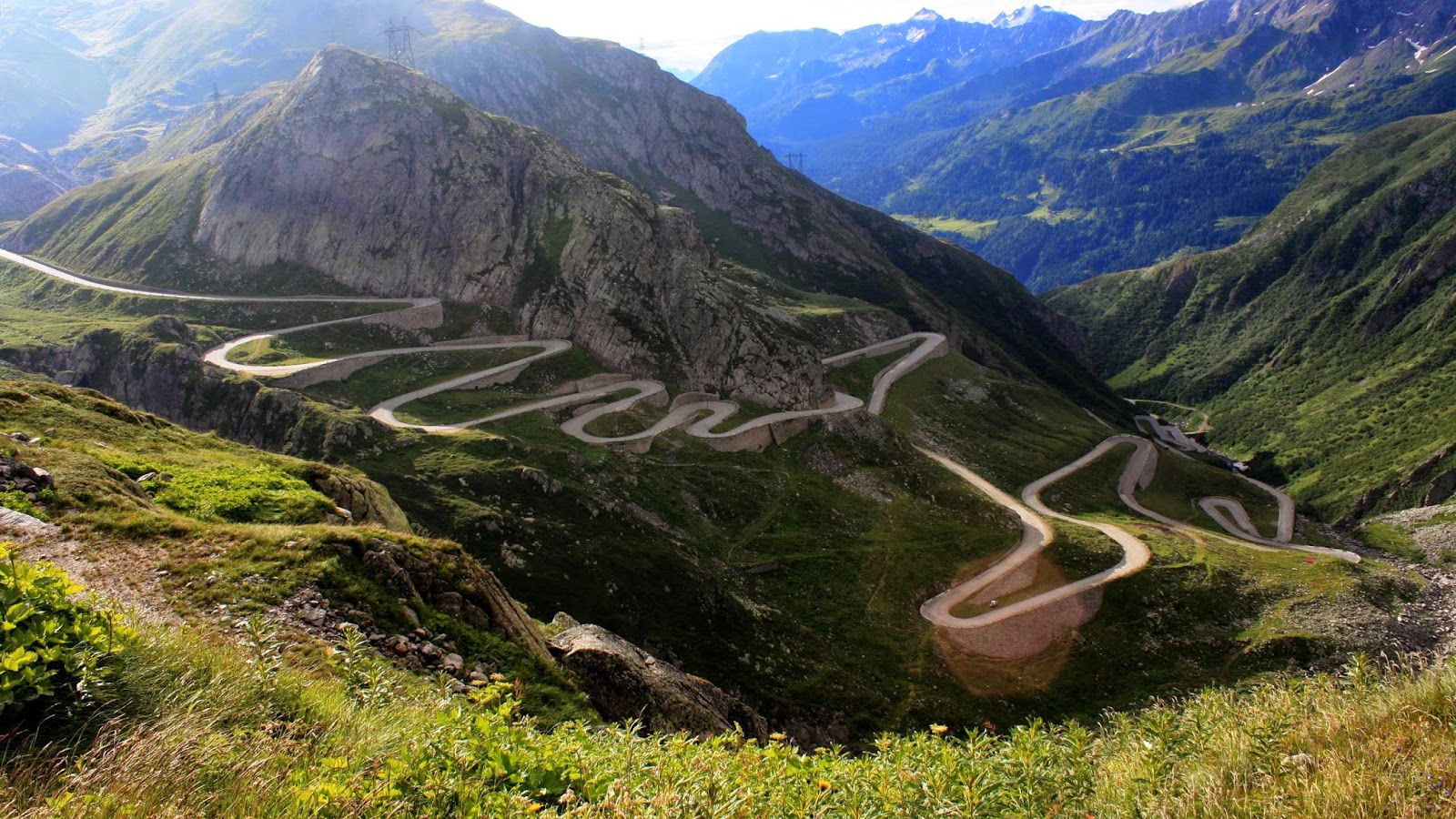 At that time, Romania already had several strategic mountain passes through the Southern Carpathians, mainly inherited from the pre-communist era (Şoseaua Câmpina-Predeal and the high-pass DN67C) or built during the initial years of the Communist regime (DN66 Bumbeşti Jiu-Petroşani). 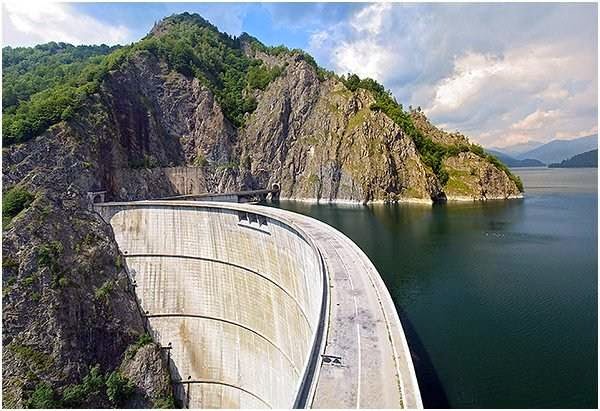 These passes, however, were mainly through river valleys, and therefore easy to block and attack in event of a military invasion. Therefore, Ceauşescu ordered the construction of a road across the Făgăraş Mountains, which divided Northwestern from South Romania. 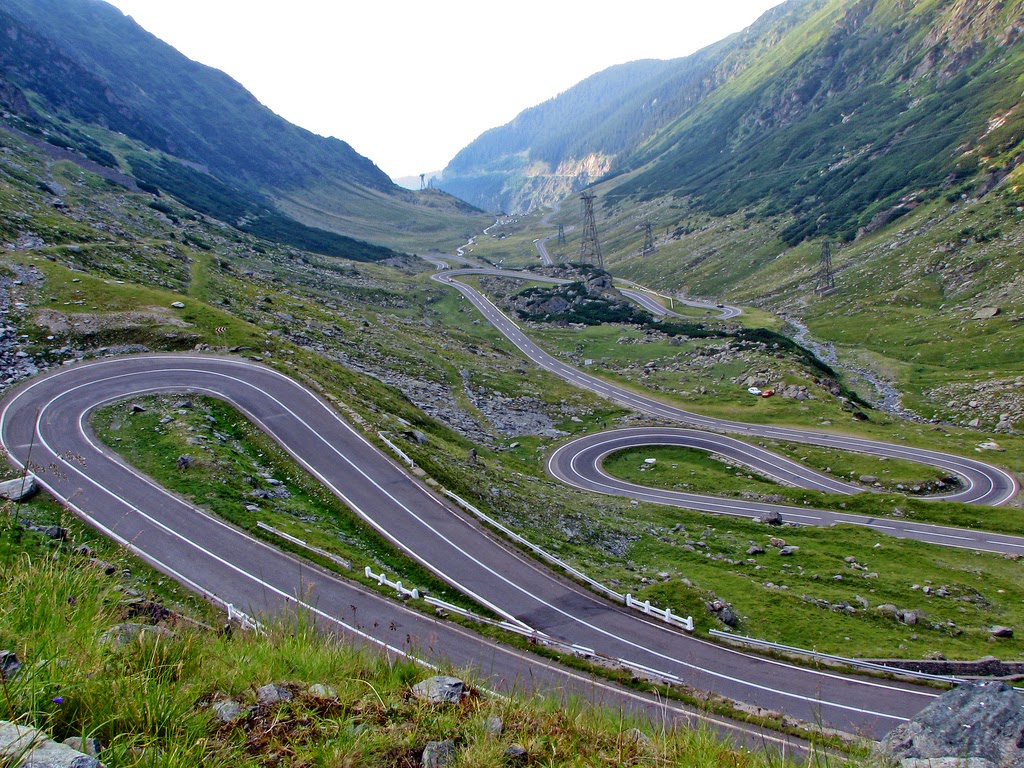 The road was built mainly by military forces with a high financial and human cost. Work was carried out in an alpine climate, at an elevation of 2000 meters, using junior military personnel who were untrained in blasting techniques. Many NCOs, foremen, and soldiers died due to these hazardous working conditions. Roughly six million kilograms of dynamite were used on the northern face, and official records state that about 40 soldiers lost their lives in building accidents. These numbers are likely to be under–estimations due to Communist propaganda touting "greatest care for men. 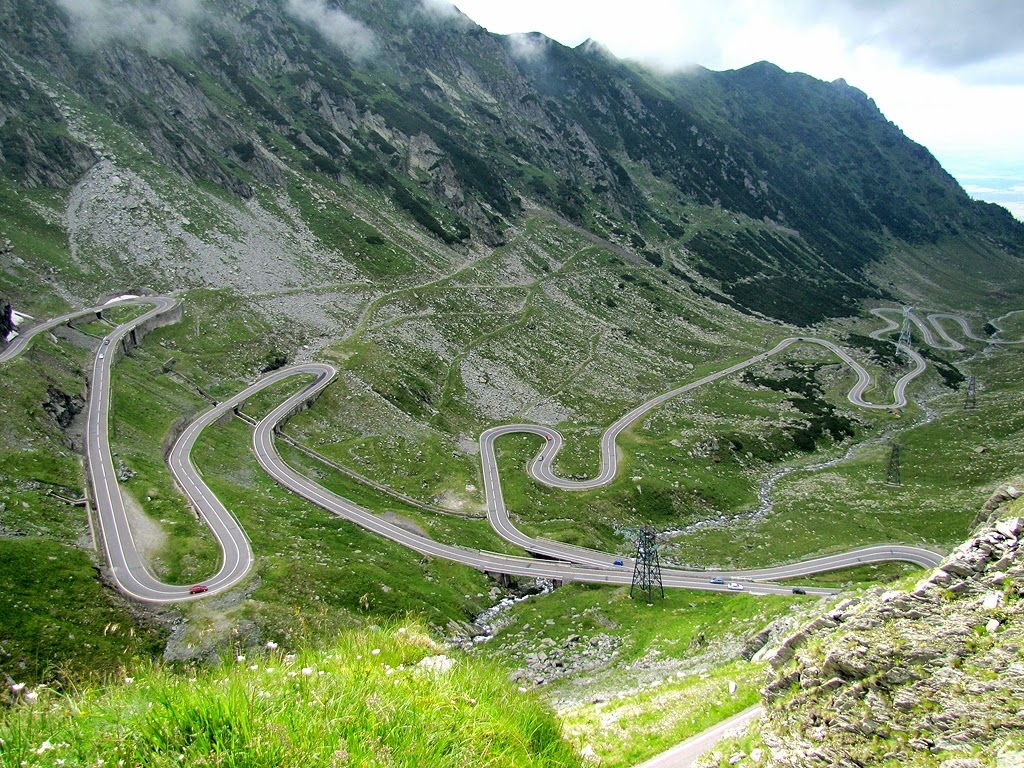 Some of the initial drafts envisaged a road tunnel from the area of Bâlea-Cabană beneath the glacial cauldron of Bâlea and Făgăraş ridge, all the way to Piscul Negru mountain refuge. This way, the road would have avoided the alpine desert area, prone to avalanches and rockfalls. That proposal was finally rejected, due to very high costs and the difficulties entailed by such a digging endeavour. The approved project provided a narrower road than the two-lane one of today and also a continuation on the South side, towards Curtea de Argeş, on the Western shore of Vidraru Lake. 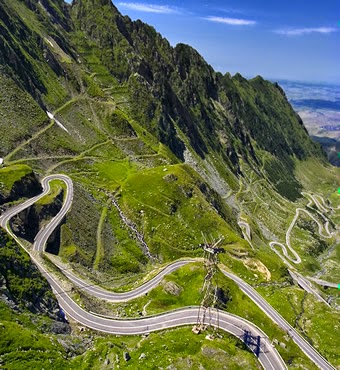 The decision to widen the road and move it to the Eastern shore of Vidraru was taken by Ceauşescu, in a typical manner for him, after the works were started. The Western shore, although 10 kilometers shorter than the Eastern one, was supposed to link Transfăgărăşan to Cumpăna Chalet, but proved to be an impractical route due to the much greater accumulation of snow during the winter.
The road was officially opened on 20 September 1974, although work continued unofficially until 1980, in particular the asphalting of the roadbed. 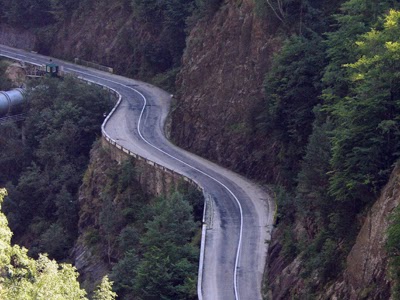 The road climbs to 2,034 metres altitude, making it the 2nd highest mountain pass in Romania after Transalpina. The most spectacular route is from the North to South. It is a winding road, dotted with steep hairpin turns, long S-curves, and sharp descents. The Transfăgărășan is both an attraction and a challenge for hikers, cyclists, drivers and motorcycle enthusiasts alike. Due to the topography, the average speed is around 40 km/h (24.8548 mph). The road also provides access to Bâlea Lake and Bâlea Waterfall. 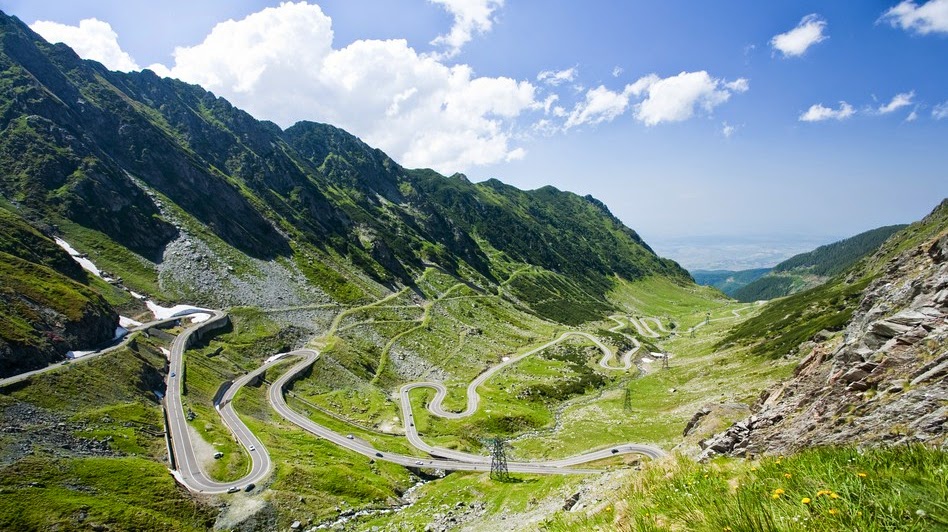 The road is usually closed from late October until late June because of snow. Depending on the weather, it may remain open until as late as November. It may also be closed at other times, because of weather conditions (it occasionally snows even in August). There are signs at the town of Curtea de Argeș and the village of Cartisoara that provide information on the passage. Travellers can find food and lodging at several hotels or chalets (cabane) along the way.
It has more tunnels (a total of 5) and viaducts than any other road in Romania. Near the highest point, at Bâlea Lake, the road passes through Bâlea Tunnel, the longest road tunnel in Romania (884 m). 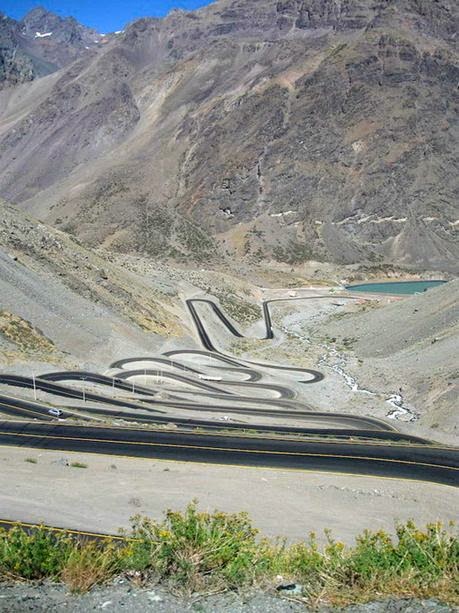 Among the attractions along the southern section of the road, near the village of Arefu, is the Poienari fortress. The castle served as the residence of Vlad III the Impaler, the prince who inspired Bram Stoker’s Dracula character. There is a parking area and a path to the ruins.
The northern section is used for annual cycling competitions including the Tour of Romania (Romanian: Turul României). The difficulty of this section is considered to be very similar to Hors Categorie climbs (literally beyond categorization) in the Tour de France. 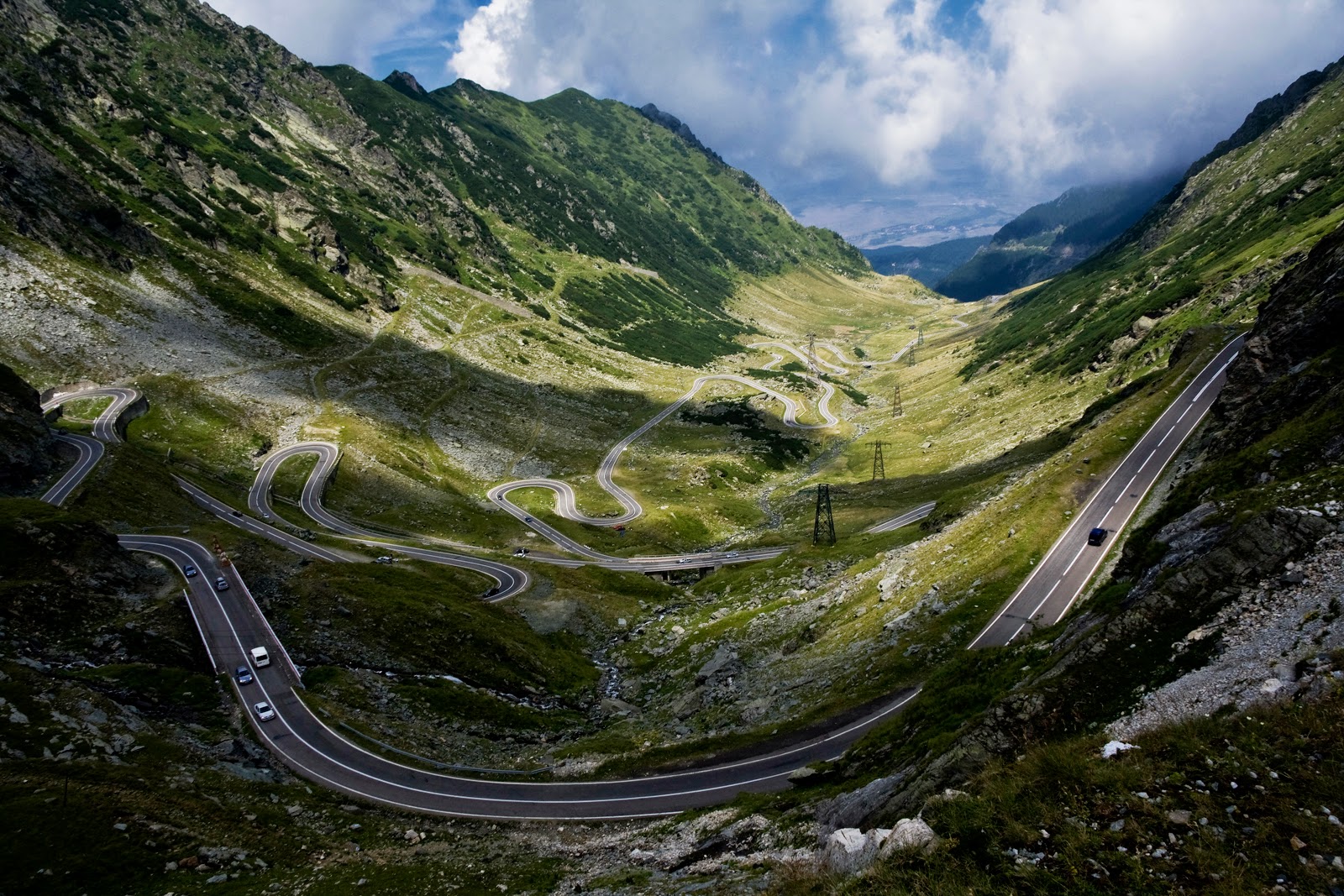