The Anghel Saligny Bridge (formerly King Carol I Bridge) is a railroad truss bridge in Romania, across the Danube River, connecting the cities of Cernavodă and Feteşti. The bridge is listed in the National Register of Historic Monuments. 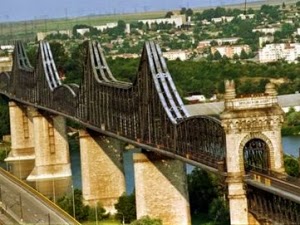 The bridge was built between 1890 and 1895 over the Danube and Borcea branch of the Danube, and when it was completed it became the longest bridge in Europe and the third longest in the world. The two cities on the banks of the river which was built were Feteşti on the left side and Cernavodă on the right side. 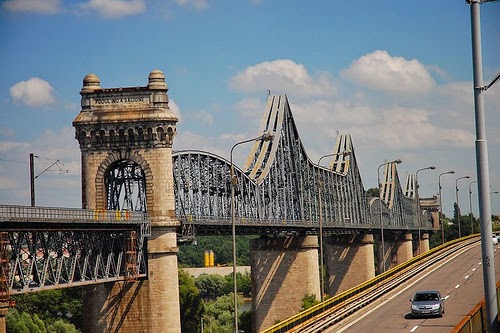