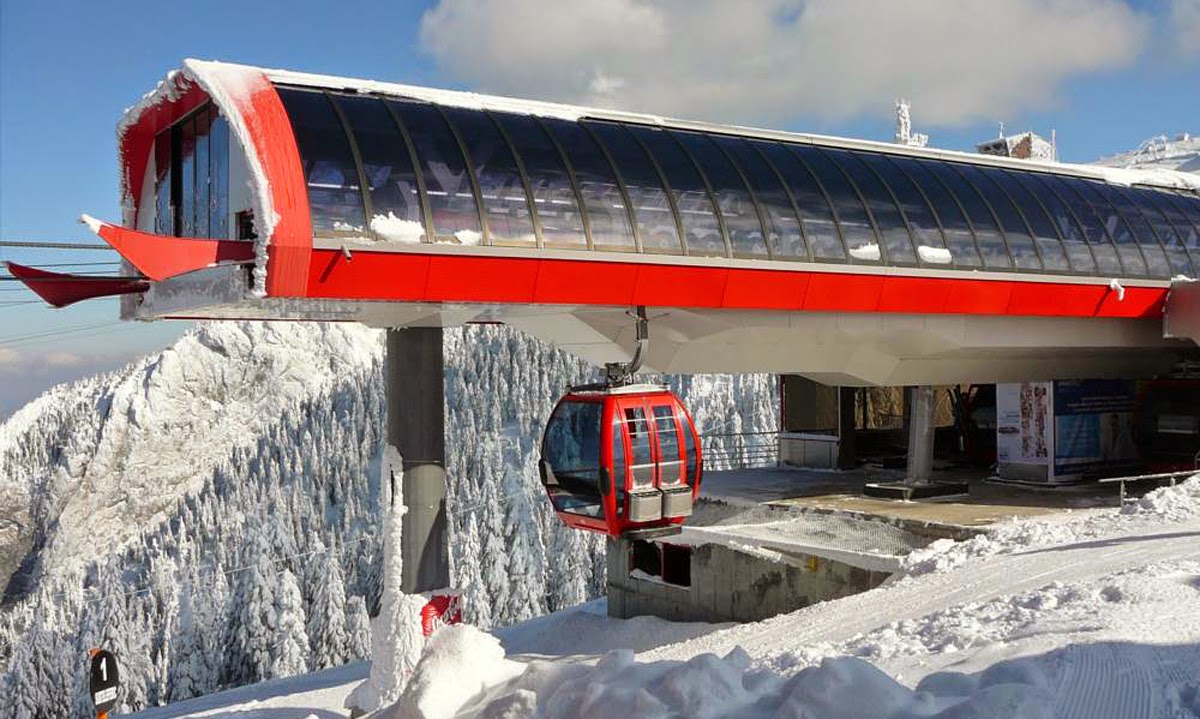 Poiana Brașov  is the most popular Romanian ski resort and an important tourist centre preferred by many tourists not only from Romania, but also from Italy, France, Germany, Switzerland and other European states. 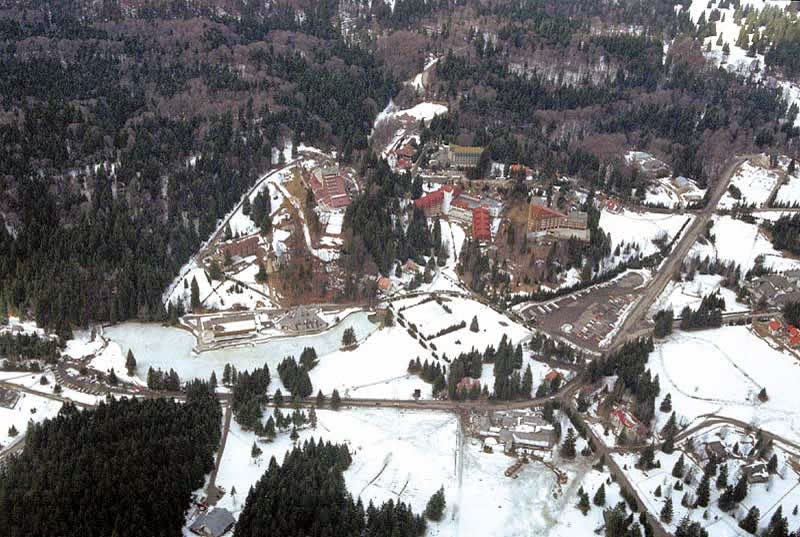 After the 2010s modernization, the ski area has expanded from 50 hectares to 80 hectares and the slopes length was increased from 13.8 km to 23.9 km. most slopes now have snow cannons installed. In 2013, it hosted figure skating, alpine skiing and speed skating in the European Youth Olympic Winter Festival. 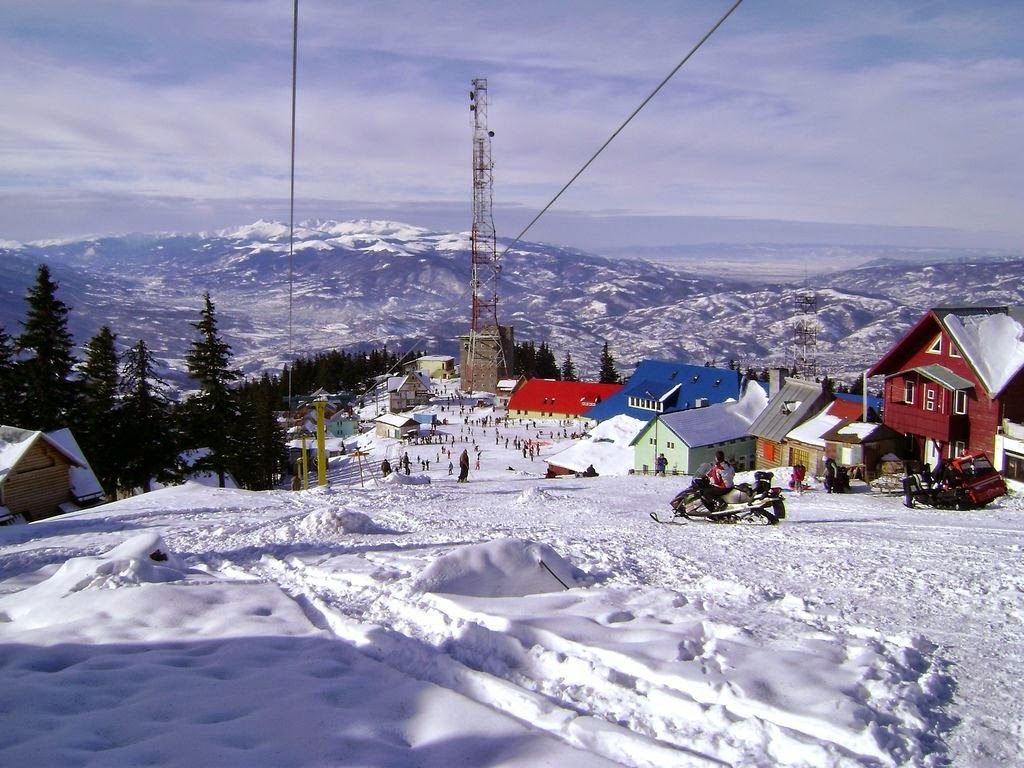 It is located at about 1,020 meters (3,379 feet) above sea level near the city of Brașov in Romania and it is easily accessible by road. There are regular buses operated by Brașov Transit (RAT Brașov) which serve the 12 km route between Brașov and Poiana Brașov. The resort also runs minibuses to take visitors from hotels to the base of the ski runs from where they can hike or take a cable car to Cristianu Mare or Postăvaru summits. Poiana Brașov is surrounded by four mountains: the already mentioned Postăvaru (1,799 m), Piatra Craiului (2,238 m), Bucegi (2,505 m) and Piatra Mare (1,848 m). 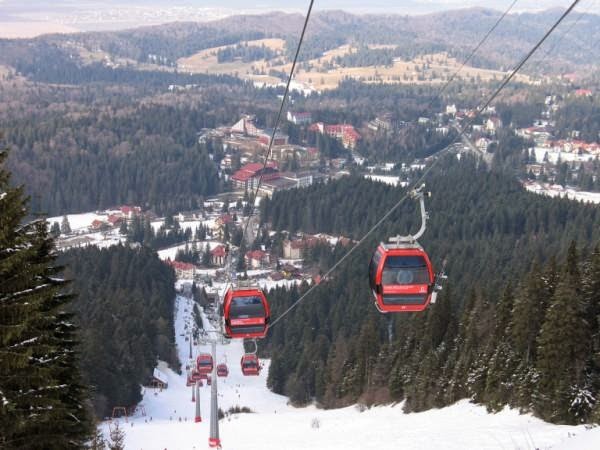 Poiana Brașov has a temperate-continental climate. The average temperature in summer is 20 °C and in winter -4 °C. There is a snow cover of about 50–60 cm which lasts from mid-November until mid-March, for about 120 days a year. However one can expect snowfalls from the end of September. 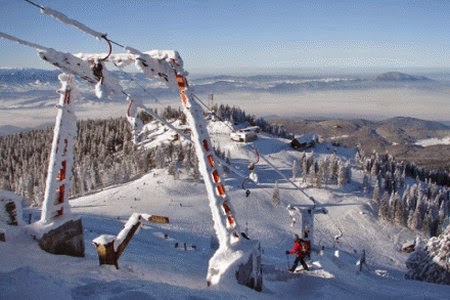 Poiana Brașov is host to a number of hotels and restaurants, the majority of which cater for foreign tourists. Two of the better known restaurants are Șura Dacilor (The Dacians' Barn) and Coliba Haiducilor (The Outlaws' Shack).[citation needed] There is also one nightclub, Capra Neagră (The Chamois), adjacent to a pizza place which plays a mixture of Europop and dance music. 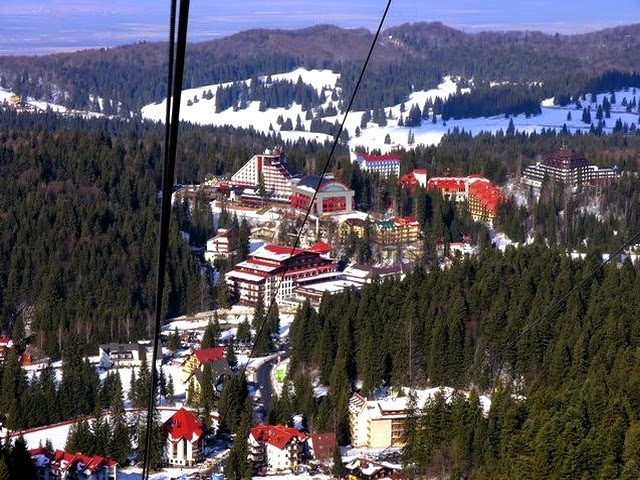 Amongst other attractions in Poiana Brașov visitors can find traditional mulled wine and a pepper spiced alcoholic drink known as țuică as well as other traditional Romanian fare. 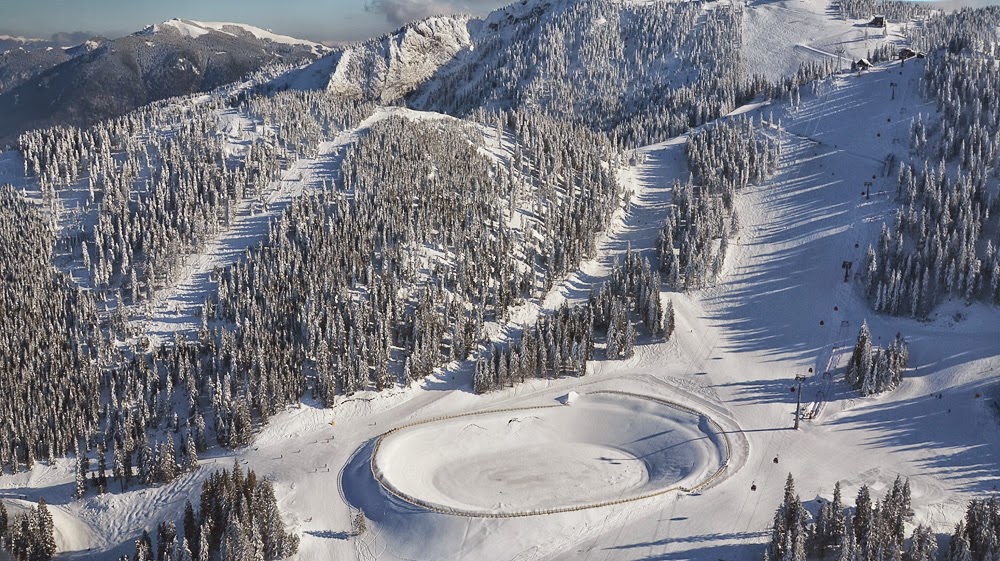