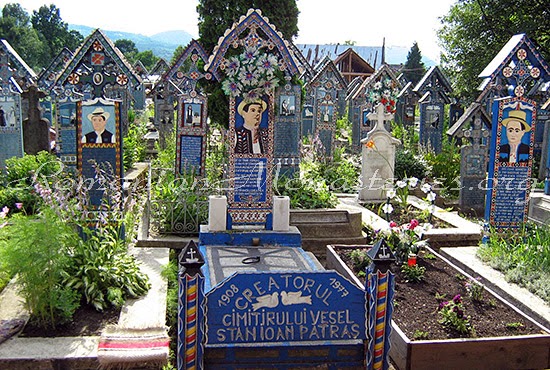 The Merry Cemetery  is a cemetery in the village of Săpânța, Maramureş county, Romania. It is famous for its colourful tombstones with naïve paintings describing, in an original and poetic manner, the persons that are buried there as well as scenes from their lives. 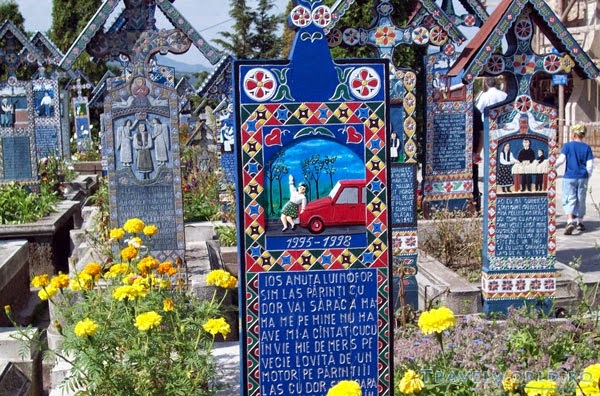 The Merry Cemetery became an open-air museum and a national tourist attraction. 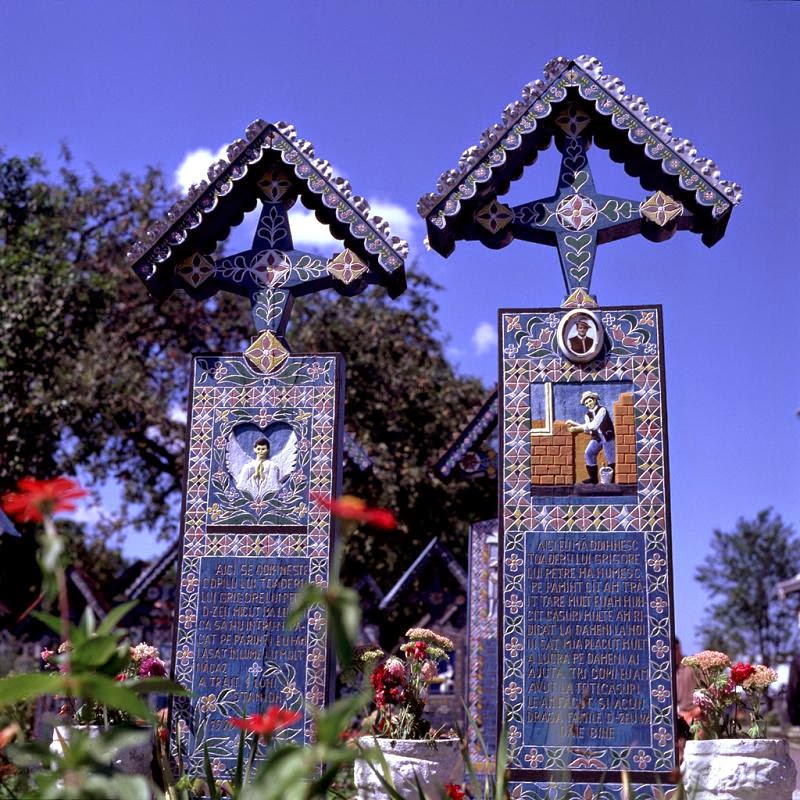 The unusual feature of this cemetery is that it diverges from the prevalent belief, culturally shared within European societies – a belief that views death as something indelibly solemn. Connections with the local Dacian culture have been made, a culture whose philosophical tenets presumably vouched for the immortality of the soul and the belief that death was a moment filled with joy and anticipation for a better life (see also Zalmoxianism). 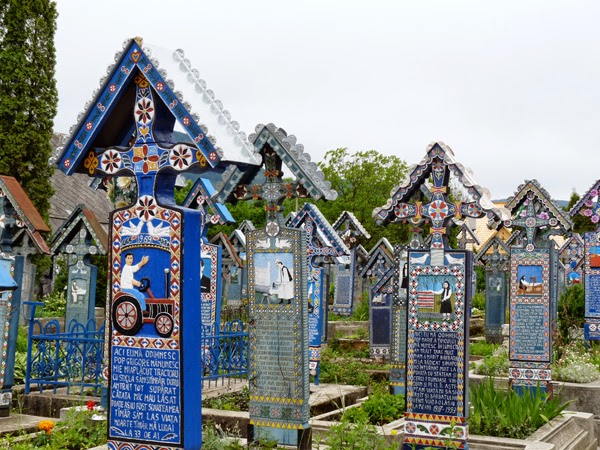 The cemetery's origins are linked with the name of Stan Ioan Pătraş, a local artist who sculpted the first tombstone crosses. In 1935, Pătraș carved the first epitaph and, as of the 1960s, more than 800 of such oak wood crosses came into sight. 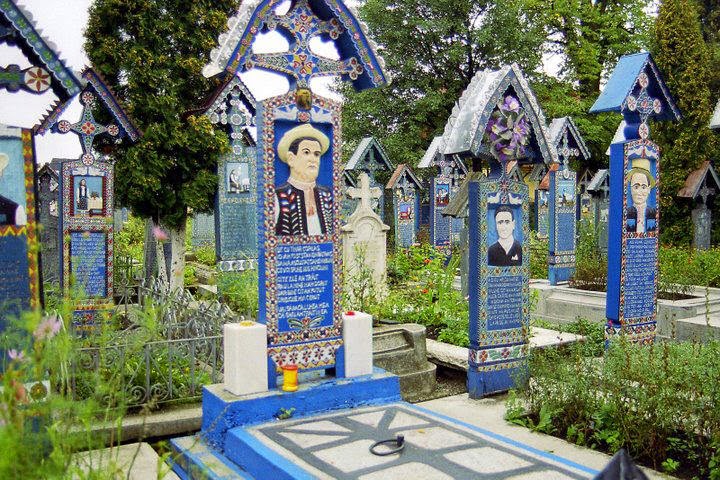