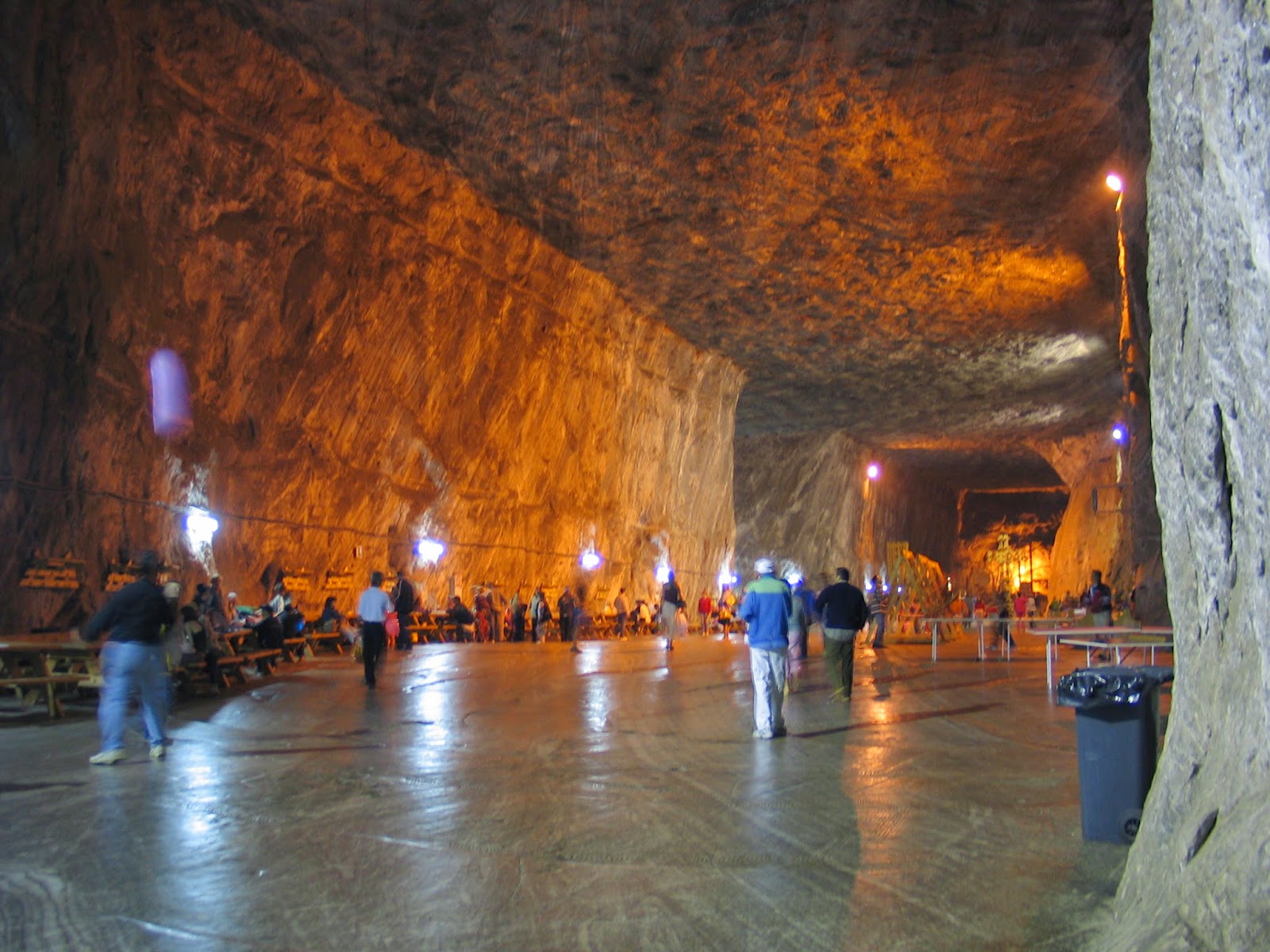 The Praid mine is a large salt mine located in central Romania in Harghita County, close to Praid. Praid represents one of the largest salt reserves in Romania having estimated reserves of 50 billion tonnes of NaCl. 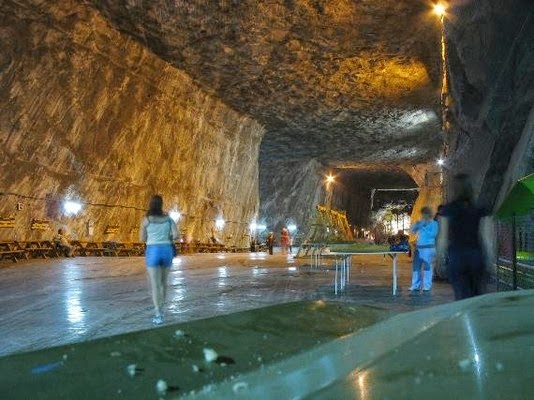 The commune has an absolute Hungarian (Székely) majority. According to the 2002 census it has a population of 6,846 of which 96.91% or 6,635 are Hungarian. The 2002 Census reported 69.36% of the total population belonging to the Protestant Hungarian Reformed Church, while Roman Catholicism is professed by 22.46% of the respondents. 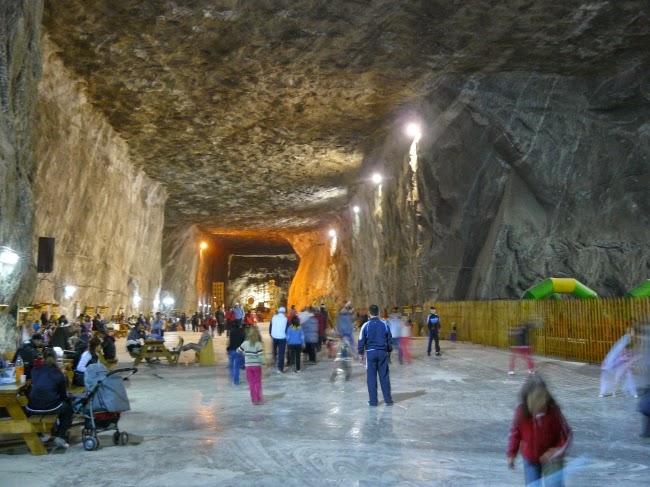 The commune's chief economic activity centers around the salt mine that both provides salt for industrial and attracts over 400,000 tourists every year.

The salt mine is also known for its purported healing effect on respiratory and allergic illnesses. Within, there are available amenities such as ping-pong tables, playgrounds for children, a chapel, free gymnastics courses, souvenir shops and an amusement park with rides on rock salt. 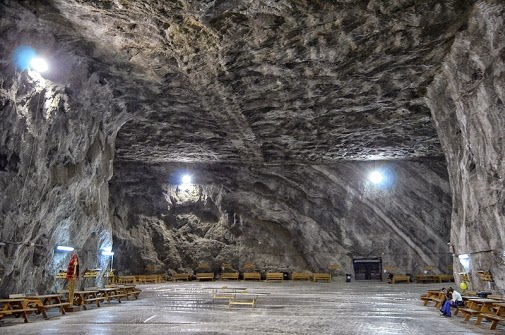 Situated at 10 km away from Sovata resort in the Harghita District, Praid Saline is one of the biggest salt mines from the country and even Europe. 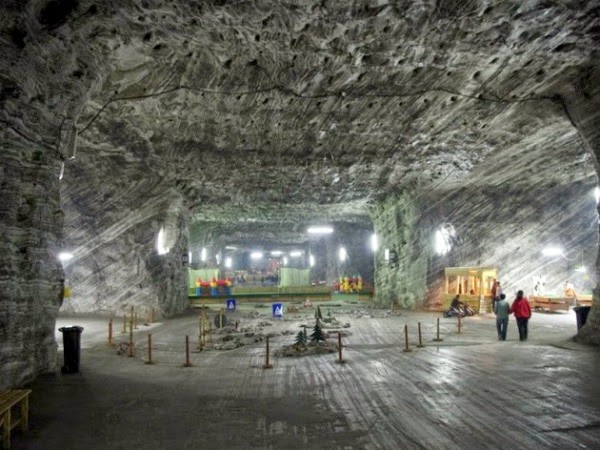 Its exploitation has been standing for income source for the inhabitants of the area for hundreds of years. Having an elliptical shape, the deposit has the diameter of 1, 2-1, 4 km and the depth of 2.700 meters.

Its deposits are almost 500 years old, the saline itself represents a true treasure for the economy of Transylvania. 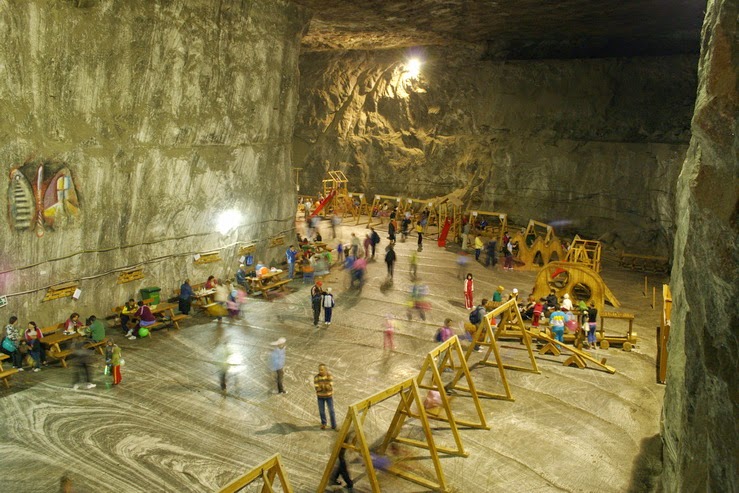 Subterranean holes of great dimensions can be spotted, because of the massive salt exploitations. This way, a saline microclimate has slowly individualized itself, where the temperatures are relatively constant, between 14-16 degrees Celsius, the humidity is low (66-70%) and the pressure is stronger than the pressure of the surface (735-738 mm Hg). 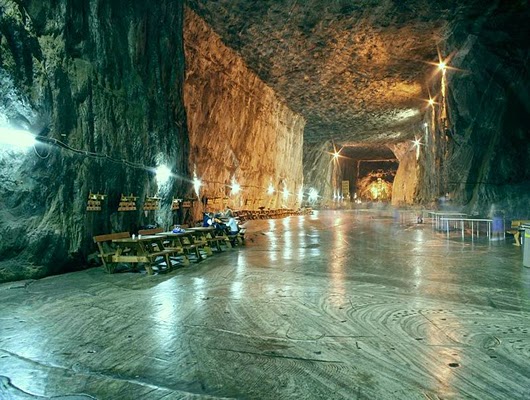 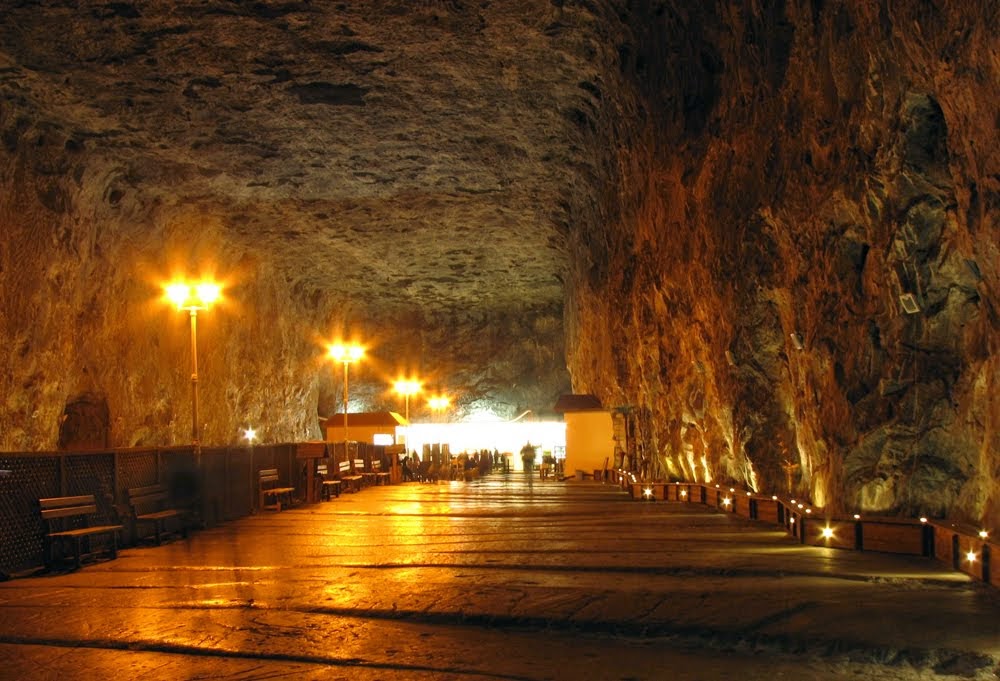