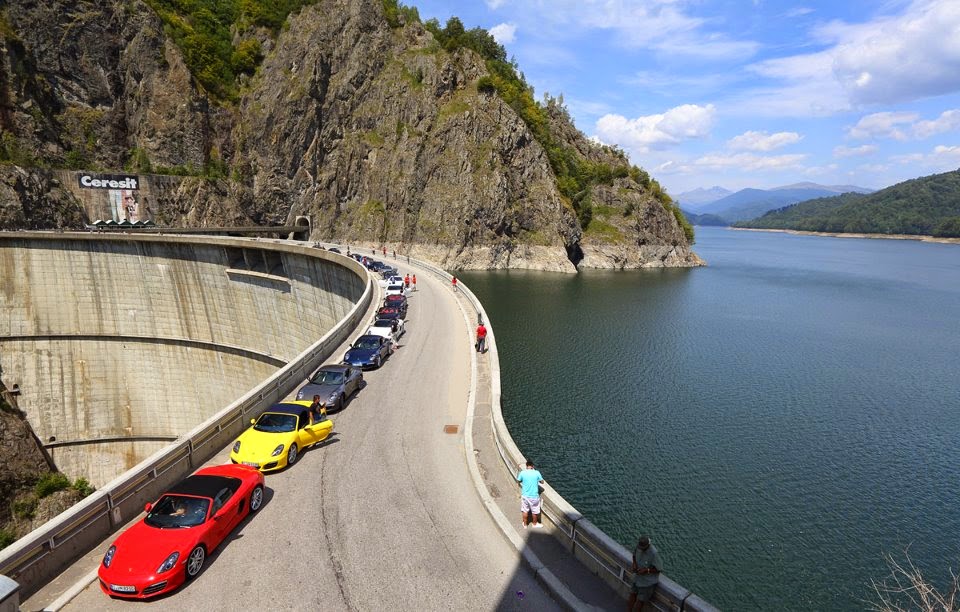 Lake Vidraru  is an artificial lake in Romania. It was created in 1965 by the construction of the Vidraru Dam on the Argeș River.
It lies in the shadow of the Făgăraș Mountains. A village lies submerged at the bottom of this lake. 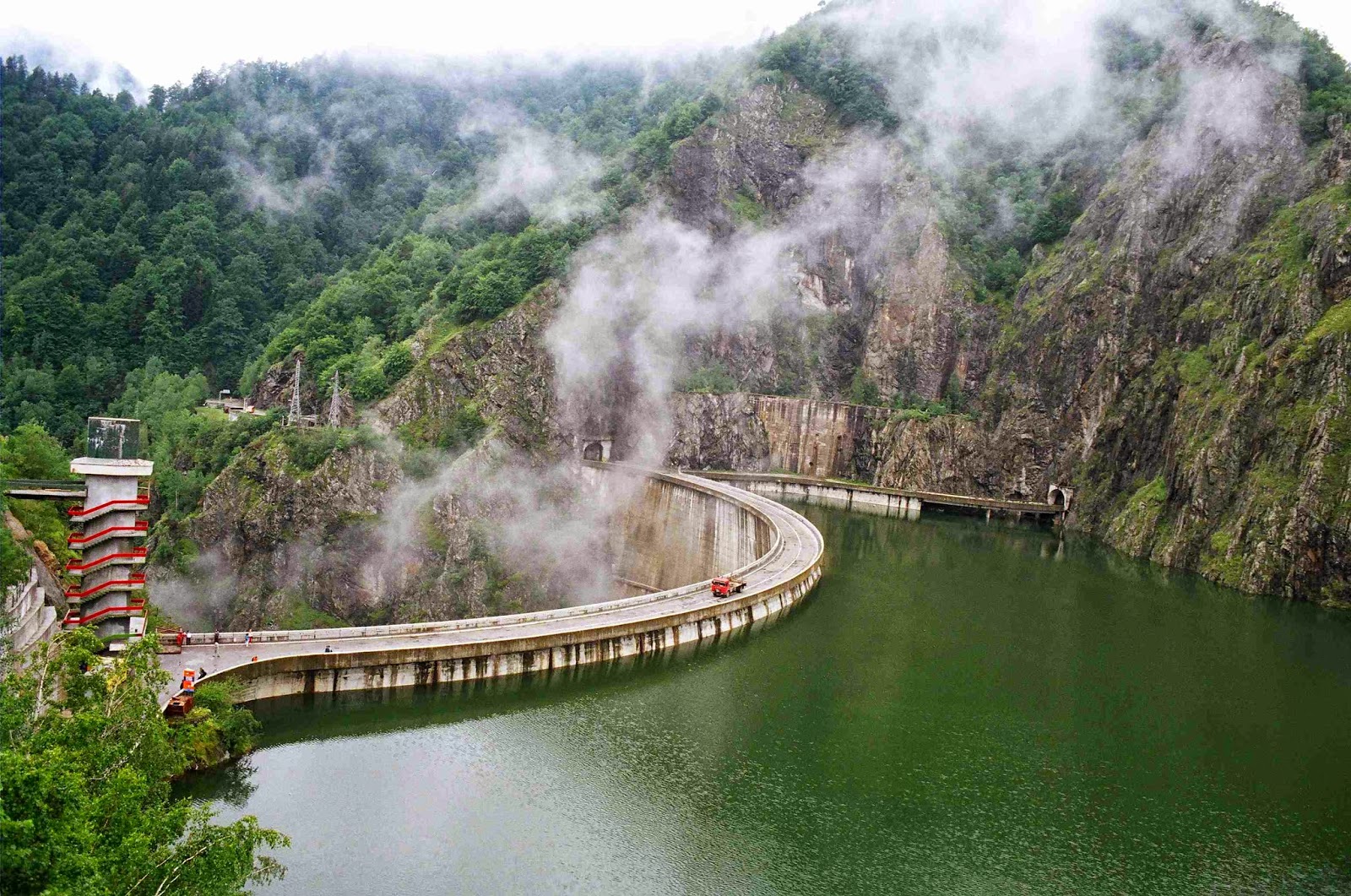 Vidraru Lake is a lake, with 465 million cubic metres of water, with a length of 10.3 km and a width of 2.2 km, thus accumulating a total area of 870 hectares and maximum depth of 155 metres. Underground power station is situated in massive Cetatuia to a depth of 104 metres and can provide annual energy production of 400 GWh. 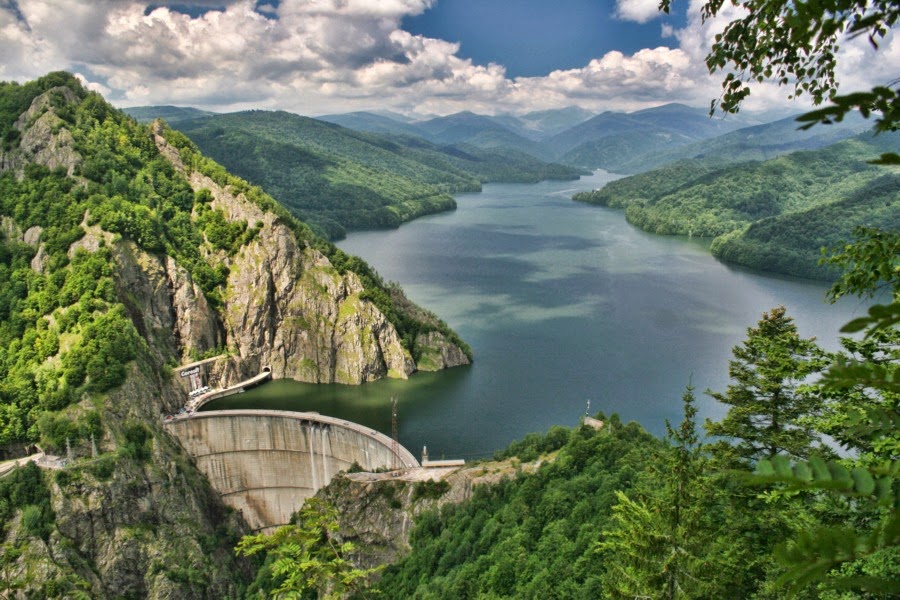 Vidraru Lake is a reservoir lake created in 1965 on the Arges River for electricity production.
Situated between the mountains and the Massif Ghitu brow, lake gathers the waters of rivers Capra, Buda and several direct tributaries (River Lady, and Valsan Cernatul, topology, Valea lui Stan and clear), with a total flow of about 5.5 m3 / s .
The total area of the lake is 893 ha, length of 10.3 kilometers, maximum width of 2.2 km in the Wolf Valley – mantis and a circumference of 28 km. Maximum water depth is 155 m high curved dam near 166 m with a length of 307 metres crown. Water volume is 465 million m³. The normal retention is 830.00 metres above sea level (mdM). Vidraru dam construction took five years and a half starting in 1960 . For this achievement, it took 42 km of underground tunnels were excavated 1.768 million m3 of rock, of which about 1 million underground bands have 930,000 m3 of concrete of which 400,000 m3 underground and also were installed 6300 tonnes of electromechanical equipment. 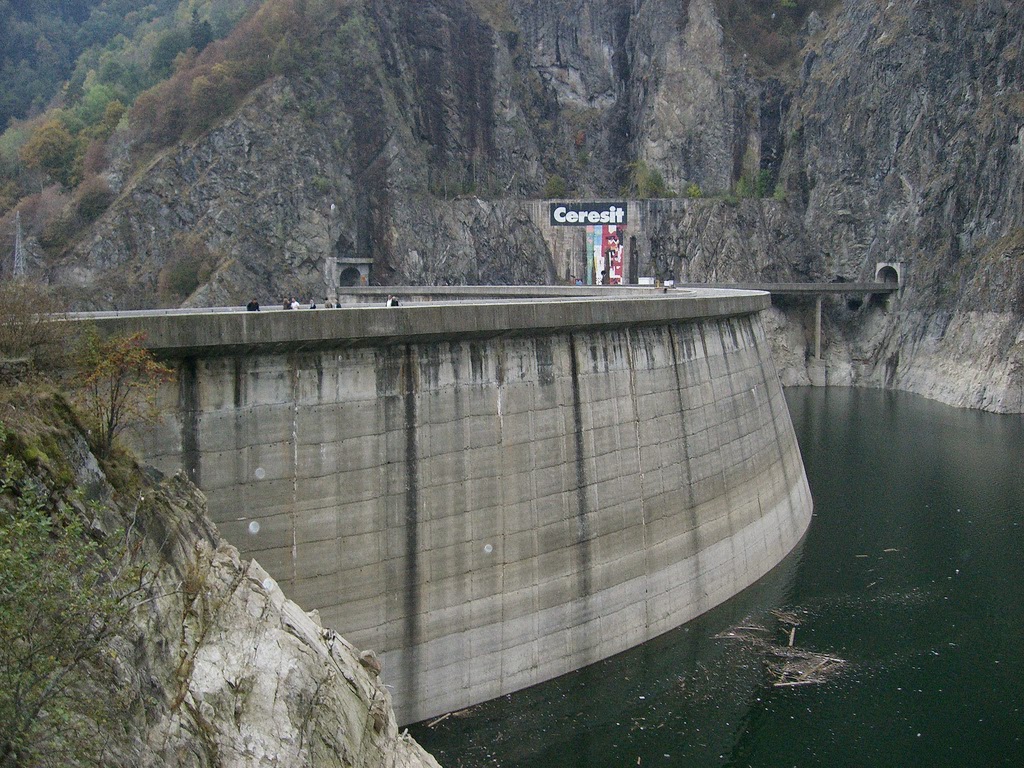 On completion it was located, measured in height, approximately the 8th place in Europe and ranked 20th in the world.
On Lake Vidraru, people can practice the extreme sport of bungee jumping
In an average hydrological year, Vidraru hydroelectric power plant located underground, can produce approximately 400 GWh of electricity. It has an installed capacity of 220 MW. 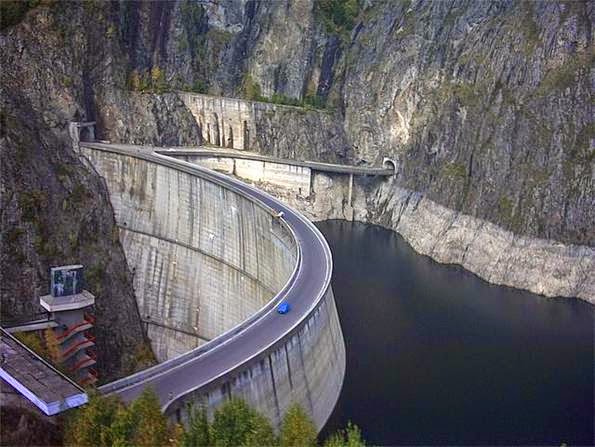 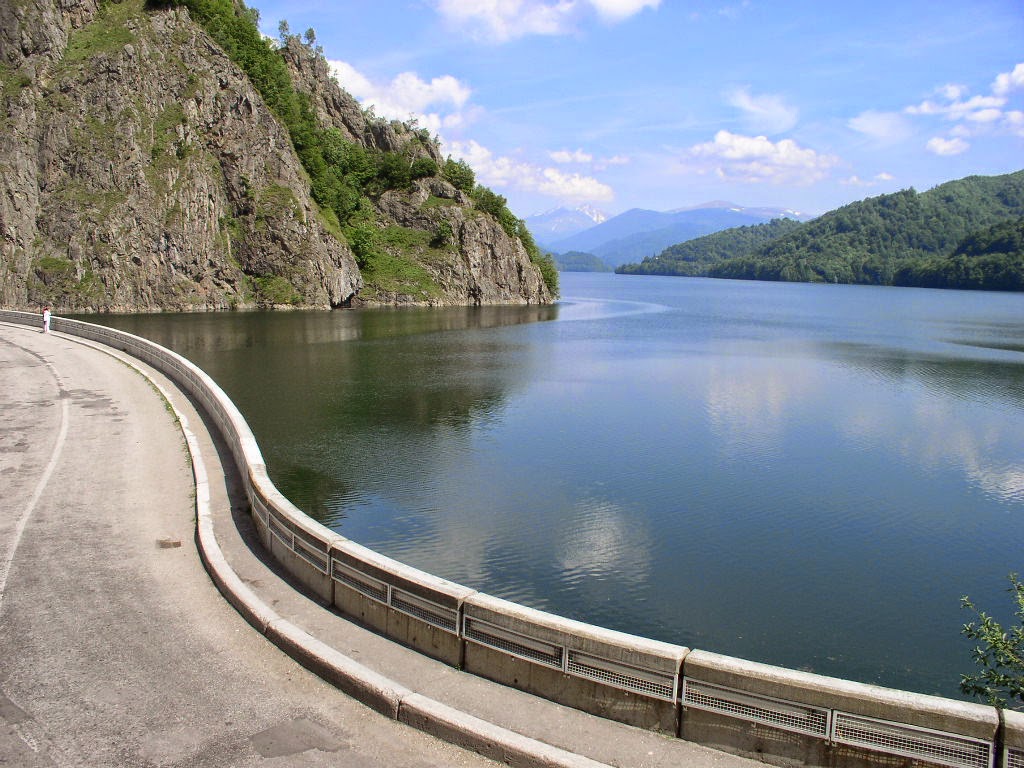 Mount Plesa was famous statue of Prometheus by lightning in his hand, a symbol of electricity. Only a few hundred metres of the dam tourists can go to the House Argeseana “and the pier where the practice of leisure boat racing.