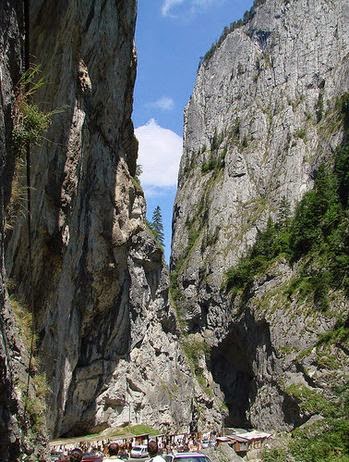 The Bicaz Canyon  is a canyon in Romania, located in the north-east part of the country, in Neamţ and Harghita counties. 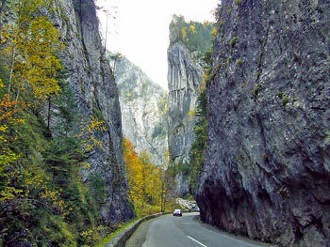 The canyon was dug by the waters of Bicaz River and it serves as a passageway between the Romanian provinces of Moldova and Transylvania, the former border between Romania and the Kingdom of Hungary. 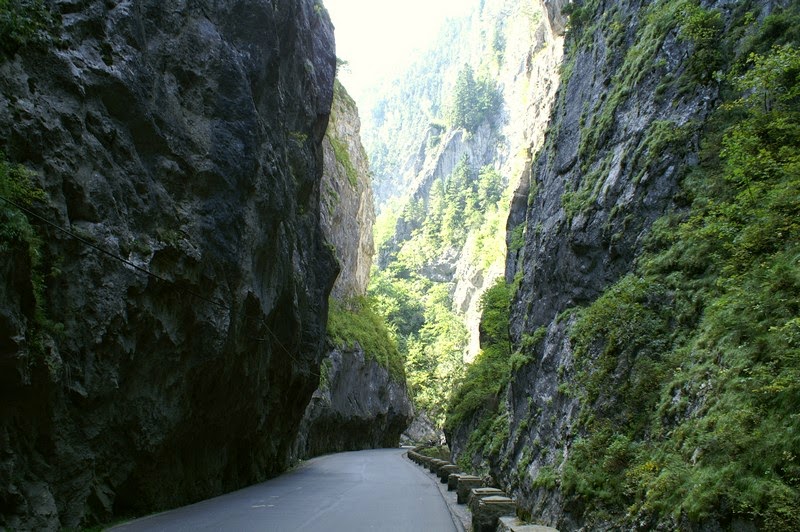 It is a noted location to see the wallcreeper, an uncommon cliff-dwelling bird. The road along the 8 kilometres of ravines, often in serpentines with rock on one side and a sheer drop on the other, is one of the most spectacular drives in the country. Also within the Chei (gorge/canyon?) is Lacul Roşu (the Red Lake), with its traditional cabins, hotels, and its famous lake (situated at 980m altitude) caused by a landslide in the 19th century.Cheile Bicazului is one of the main rock climbing sites in Romania. 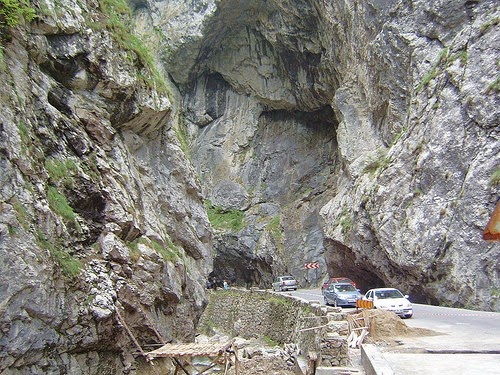 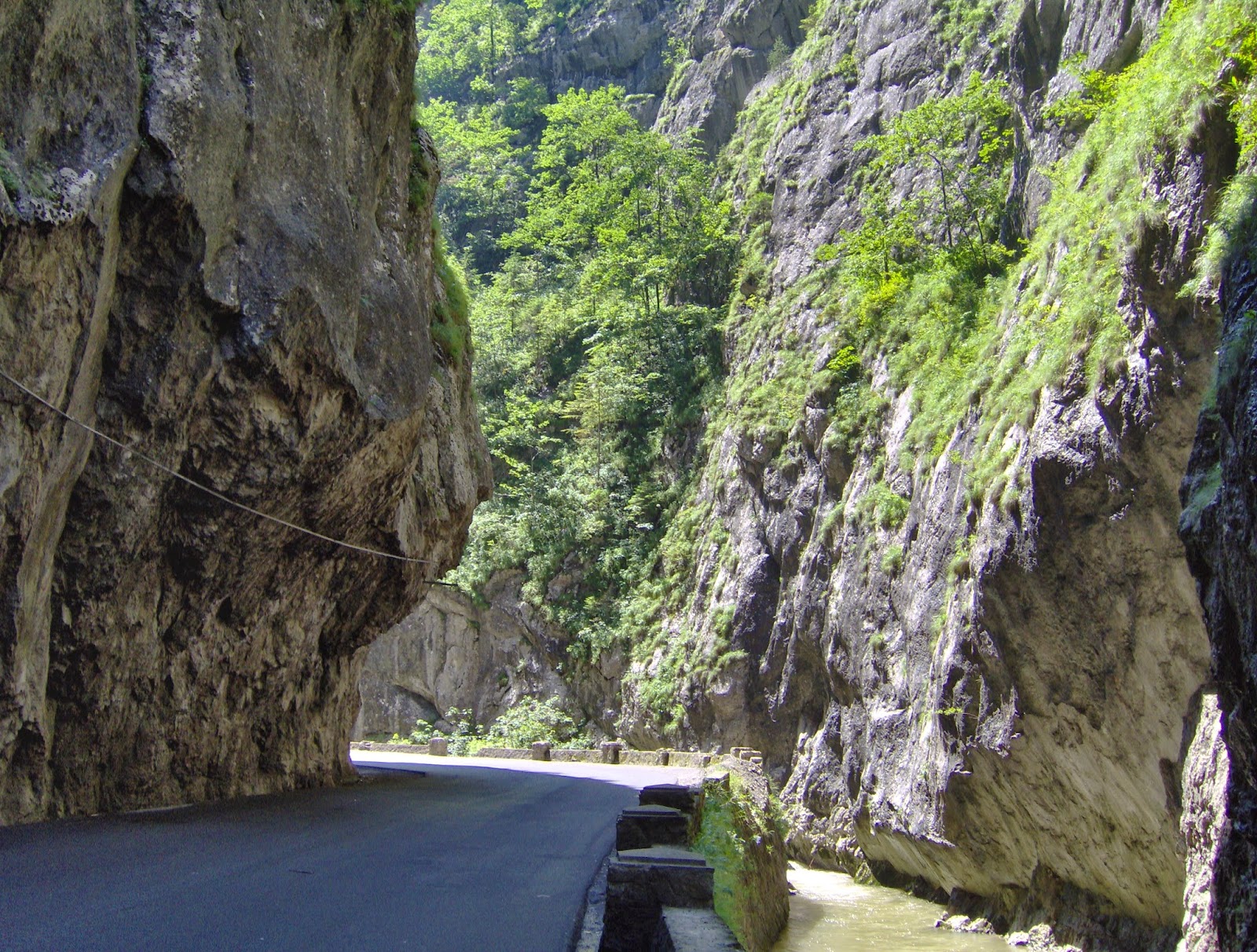